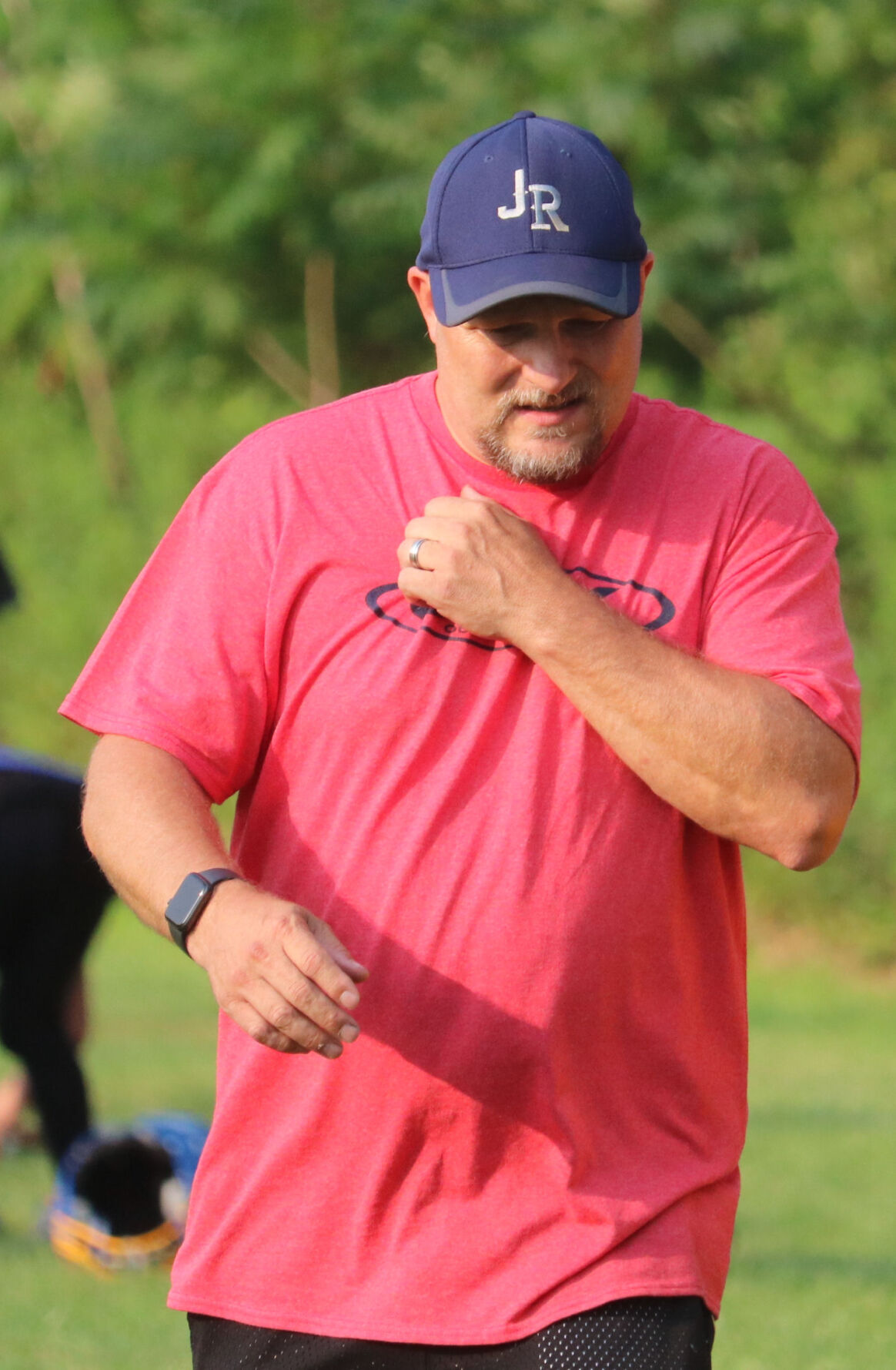 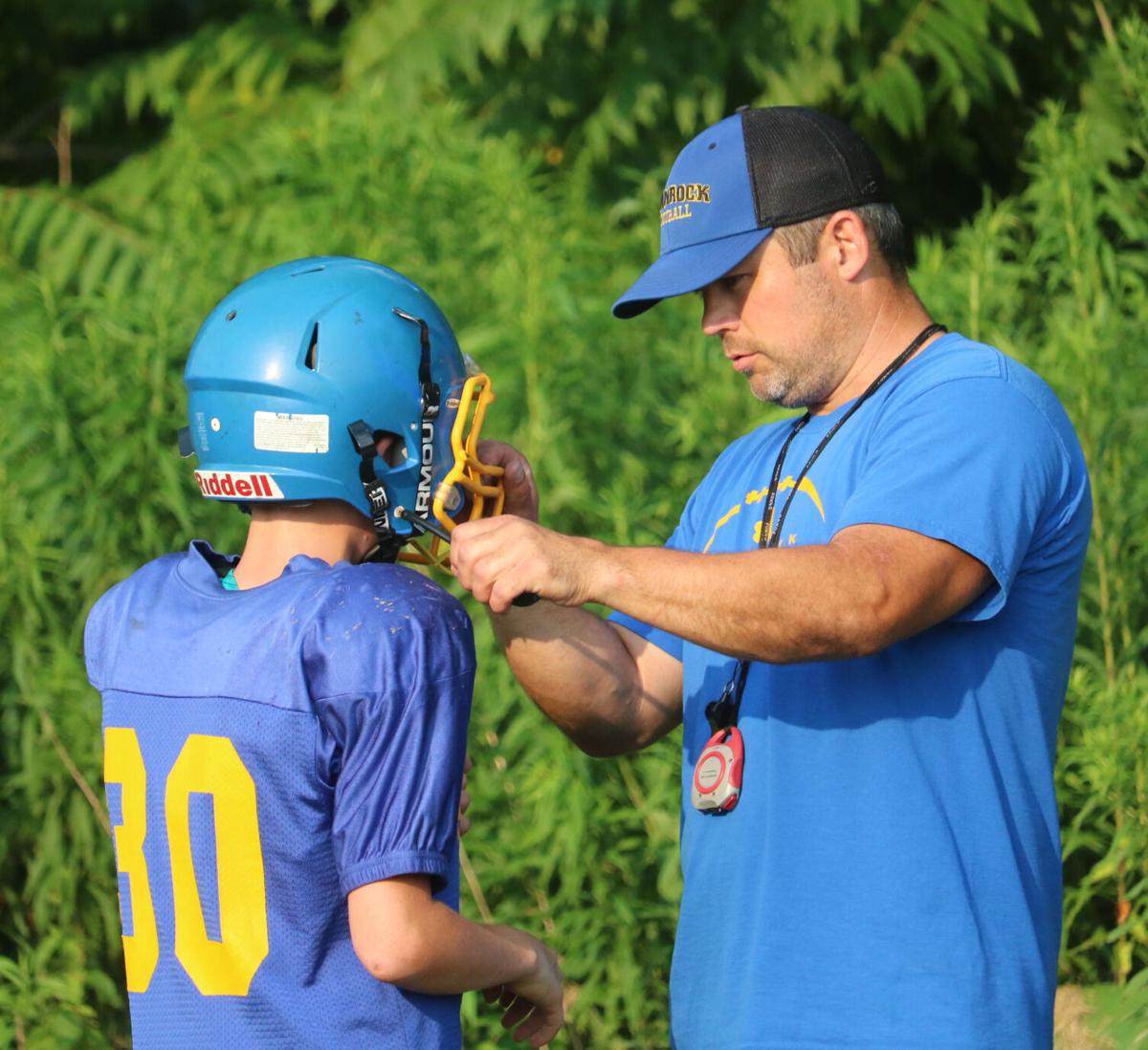 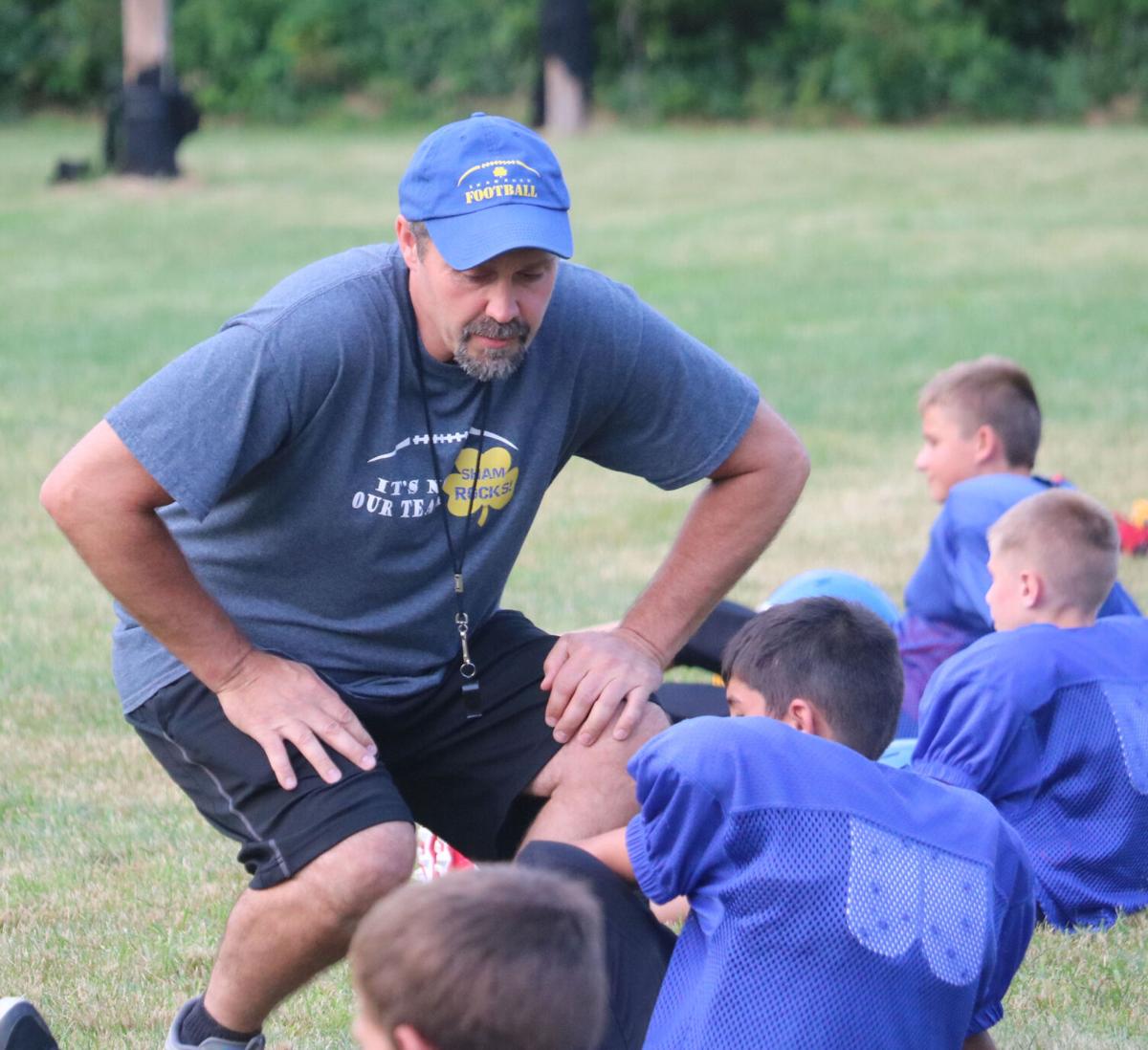 Sharmocks JV head coach Creg Pura helped direct the team to the 2020 CPYFL championship. The first for the JV squad since 2016. 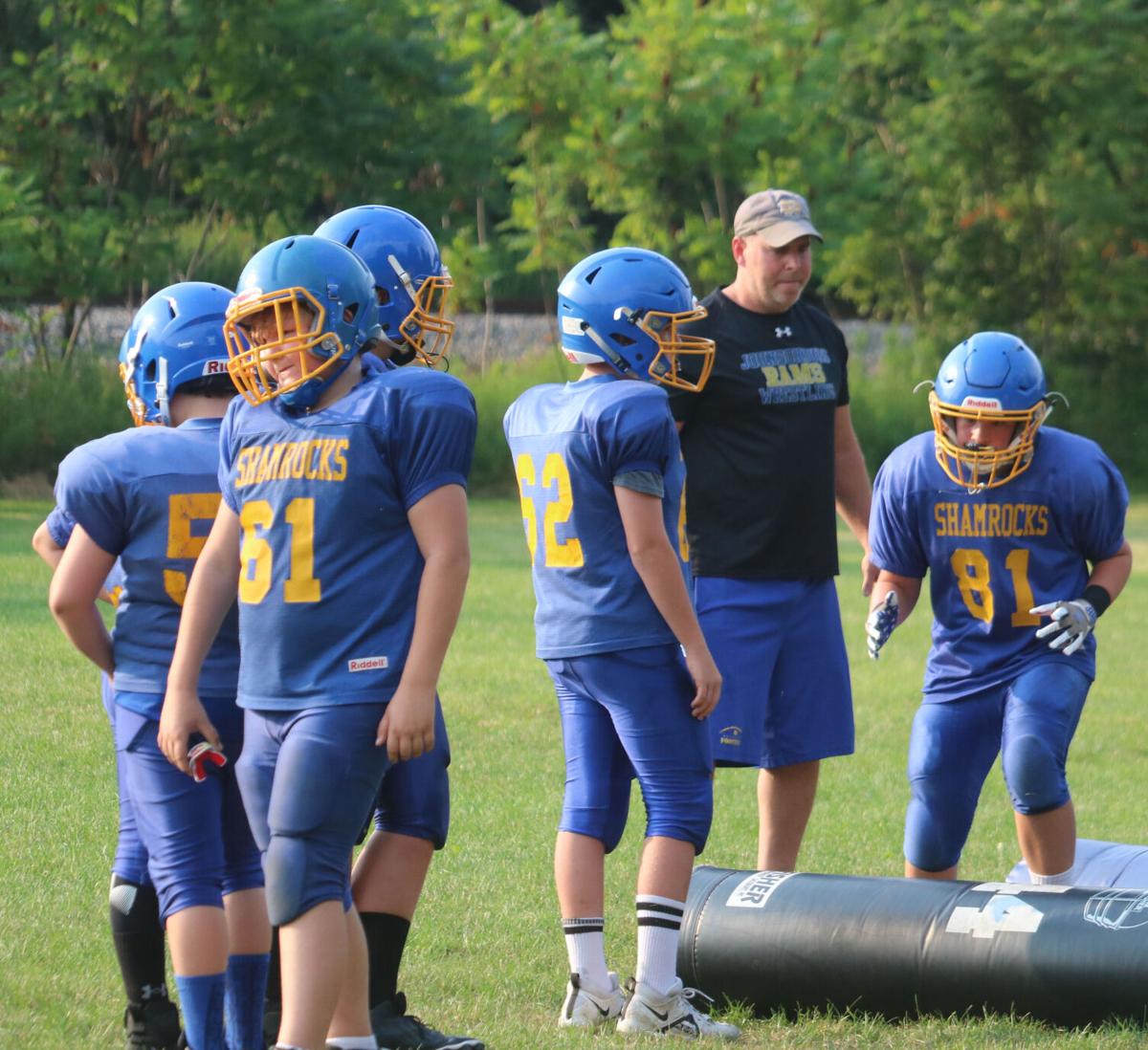 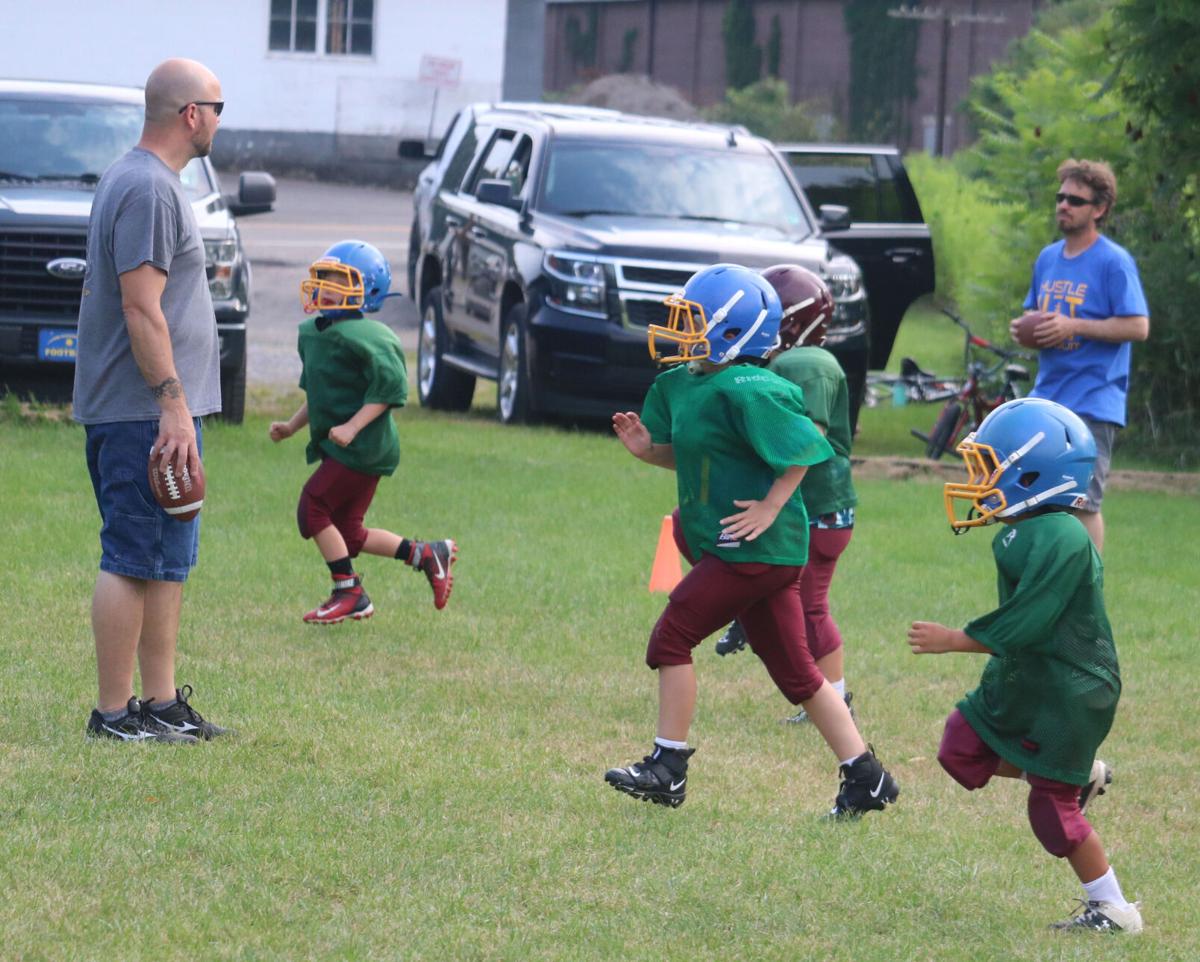 The Shamrock PeeWees at practice. The Johnsonburg teams open the season on Saturday, Aug. 14 at St. Marys.

Sharmocks JV head coach Creg Pura helped direct the team to the 2020 CPYFL championship. The first for the JV squad since 2016.

The Shamrock PeeWees at practice. The Johnsonburg teams open the season on Saturday, Aug. 14 at St. Marys.

JOHNSONBURG - The Shamrocks Varsity, Junior Varsity, and PeeWee teams start their seasons on Saturday, Aug. 14 at St. Marys against the Stallions. The squads began preparing on July 26 at their practice facility across from the Municipal Building.

"We have very good teams," said Joe Hodgdon of the Paper City organization. "We've got good numbers this year with at least 20 kids for all three groups. It's good to see a lot of kids out here," he added before Tuesday's practice.

The program held a camp the previous week.

The Varsity fell short of its third straight CPYFL championship goal last season – falling to St. Marys in the semifinals. However, the JV squad won the title with a 7-6 win over Reynoldsville. It was their first championship since last winning it in 2016.

Hodgdon noted it was a tough 2020 season with restrictions and such due to COVID-19.

"We were very fortunate to get to play last year. Hopefully, things keep going as smoothly as they are. It's great to get these kids out. I know they're looking forward to the season and things being as normal as they can," he said.

Bill Dilley, who helped lead the Varsity to consecutive championships in 2018 and 2019, is back as the head coach. Hodgdon, Mark Furlong, Paul Allegretto, Jeff Brunner, Travis Mcalee, and Jamie Hake are the assistants. For the JV's, Creg Pura is the head coach. He is assisted by Travis Papa, Dave Dellaquila, John Zimmerman, and Scott Rockwell. The PeeWees are coached by Mike Klink, Chris Gardner, Kevin Tutton, John Merzella, Mark Aiello, and Fran Santiso.

The Shamrocks will compete with St. Marys, Brockway, DuBois, Punxsutawney, Reynoldsville, and Treasure Lake for the CPYFL titles. Each team plays each other and has a bye week during the regular season. Quarter and semifinal playoff rounds are held leading up to the JV and Varsity championships which will be played this year in St. Marys on Saturday, Oct. 16.

Hodgdon likes what he sees talent-wise.

"A lot of these kids have played for the last five years. They have a lot of experience, so I think the Varsity can definitely contend for a championship. I think the JV's as well," he said.

The coach talked about the Shamrocks being circled on other teams' schedules.

The coach loves to see players participating in the learning process.

"The older kids pick up the younger kids. They help any way they can. We have a couple new kids, and you can see the older kids trying to help them and teach them. When they might be doing something wrong, they jump right in and help them out.”

Hodgdon is happy more players from Ridgway have opted to play in the Paper City.

"They have definitely filled a big void for us. We would be struggling for kids if it wasn't for kids from Ridgway," he said. "It has gotten much better over the last two years. This year especially, we had some of the younger kids recruit kids from over there. That's nice. The bottom line is it's about the kids. We don't care where they're from. If they're eligible, we want to have them play and have fun."

The Shamrocks coach acknowledged the importance of the Board of Directors to the teams' success.

Football isn't complete without cheerleaders. Hodgdon feels it helps add to the success of the program.

"The cheerleaders are just important as the players. They have parents that love to come and watch them cheer just like the players. It's another part of the program that makes this all so special."

You can stay up-to-date with the team on its Facebook page - Johnsonburg-Shamrock-Football.