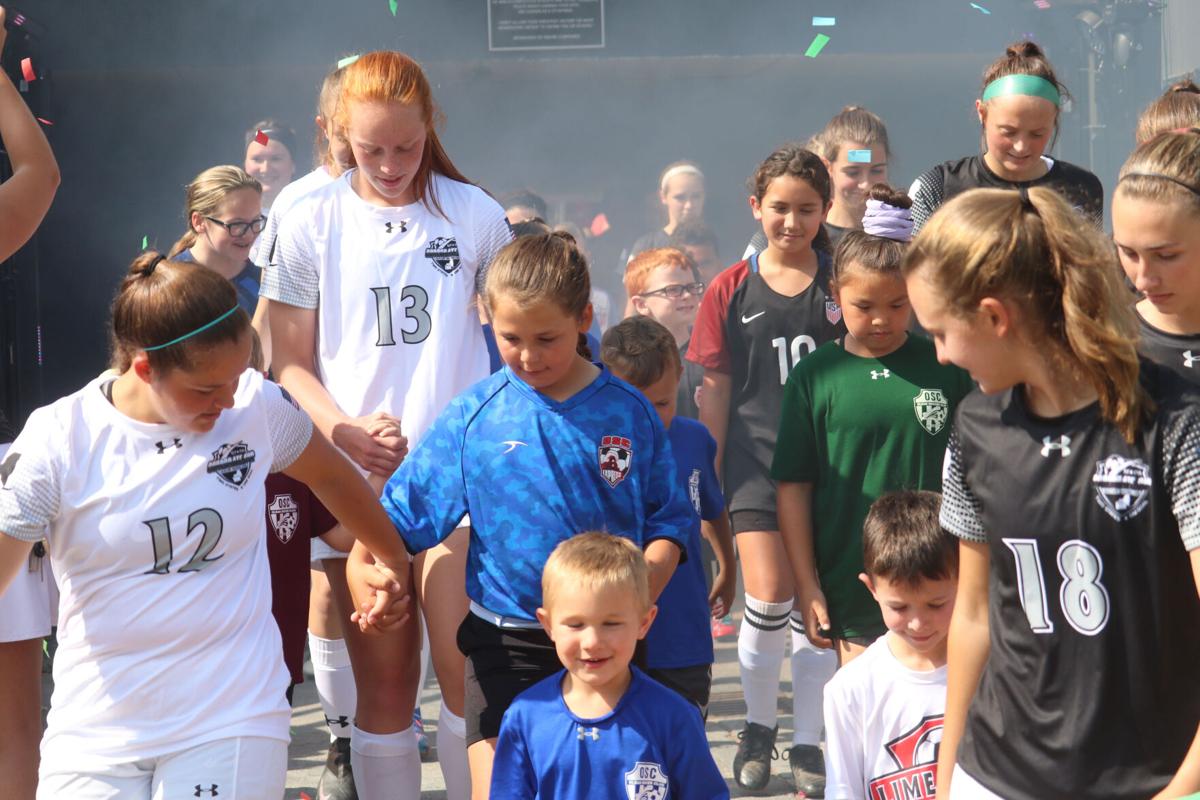 Youth soccer players escort the players onto the field prior to the NY/PA Corporate Cup Soccer Showcase won by the Pennsylvania girls 4-3. 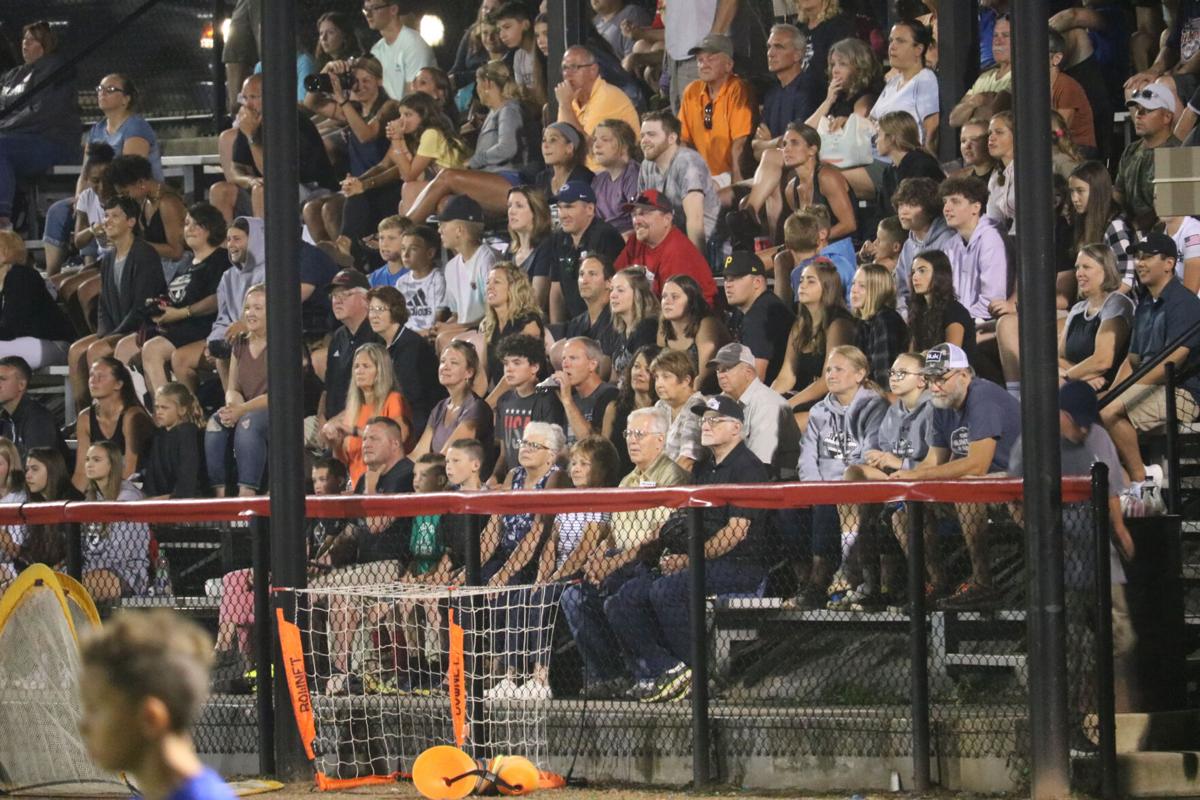 Thousands were in attendance at the July 25  NY/PA Corporate Cup Soccer Showcase played at Bradner Stadium in Olean, NY. The Keystone State girls were 4-3 winners and New York won the boys' game 2-1. 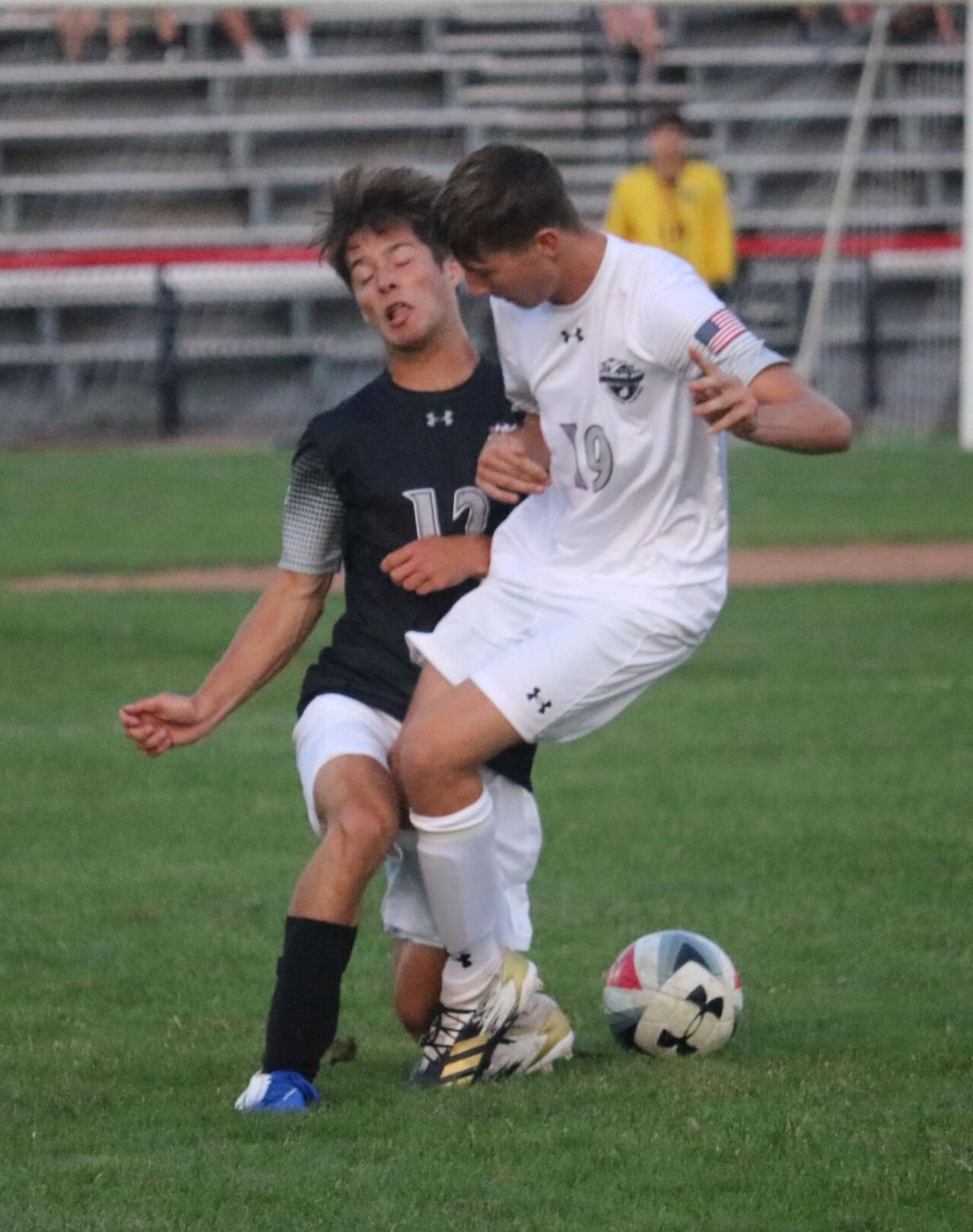 Youth soccer players escort the players onto the field prior to the NY/PA Corporate Cup Soccer Showcase won by the Pennsylvania girls 4-3.

Thousands were in attendance at the July 25  NY/PA Corporate Cup Soccer Showcase played at Bradner Stadium in Olean, NY. The Keystone State girls were 4-3 winners and New York won the boys' game 2-1.

Not enough can be said about the atmosphere at last Sunday's NY/PA Corporate Cup Soccer Showcase held at Bradner Stadium in Olean, New York. A crowd of thousands was treated to a festive atmosphere and two great matches.

"I'm pretty excited about how the games turned out. They were really well played. It doesn't matter to me who wins or loses it matters if the games are good and the fans are excited. I think we've done what we set out to do," said event co-founder Kris Linderman, who started the event in 2017 along with Dave Talbot. Both are involved with the Olean Soccer Club.

"We had two great games. The boys' game was pretty intense, as was the girls, but for the boys, I just have one word – wow," Linderman said.

Fans and players were treated to awe-inspiring pregame ceremonies. United States Marine Corps Private First Class Edgell, who competed in an earlier edition, led the groups onto the field through the smoke machine, lights, and lasers to the sounds of pump-up music. Each player was escorted by youth soccer players from both states, giving it an international tournament feel. Torianne Morrow from Portville sang the National Anthem for the girls’ game and Chloe Cramer from Port Allegany for the boys.

The trophy presentations, too, were spectacular. Like major sports, confetti rained on the players and coaches as they hefted and passed around the near 50-pound Cups.

Linderman was asked if he felt a sense of relief the day was over as the stadium cleared.

"Tomorrow, I have to come and clean up all the confetti and that might not be a lot of fun," he said with a laugh. "I really don't feel a sense of relief or that it's over because it's never over. This year was tough in many ways [due to the COVID-19 pandemic]. It feels good that we got the games played. I'm happy about that. The kids had fun, and they enjoyed playing in front of a lot of people."

"This is something we enjoy doing. So I don't know if relief is the right word. I know a month from now we start advertising for tryouts for next year, but I am happy we had great weather and a great crowd. So after this and seeing what we did, I'm pretty excited already for next year," the co-founder added.

"The amount of time they put into this is incredible. It's a 12-month endeavor. I'm sure the plans for next year are already starting. They are very dedicated. Without them, this doesn't happen. It was their idea, and every year it gets better. It was a pleasure coaching. I want to thank my coaching staff. It's not that hard to be a head coach when you have that many good coaches and players."

No girls from local schools played in the game. However, St. Marys's coach Samantha Zimmerman was an assistant to PA head coach Jeremy Bickling from Warren, who also praised the co-founders.

"They make life wonderful. They make it an event that is not only special for the players but the fans. I can't say enough about them or their efforts."

Both head coaches were thrilled with the atmosphere.

"Most of these kids never played in front of a crowd this big. I know it helped showcase the athleticism on both sides. You could feel the excitement from the stands carry onto the field," Flatt said.

Bickling said the crowd was inspiring.

"The girls can head back to their own programs now, and some will be going off to college, but they're all leaving with great memories. I appreciated the opportunity to coach this and to work with such a wonderful group of assistants and great players," added Bickling.

Linderman feels Sunday's success is going to help spur interest in the sport. He's looking forward to more players trying out and being involved.

"I think in a way we are making a difference. You could see it with the young players going out on the field in the pregame ceremonies and playing at halftime. There are many youth players in this region, and I think something like this is cool for them to be a part of. Kids that were here that might not play yet might decide to take it up. I'm excited about things moving forward," he said.