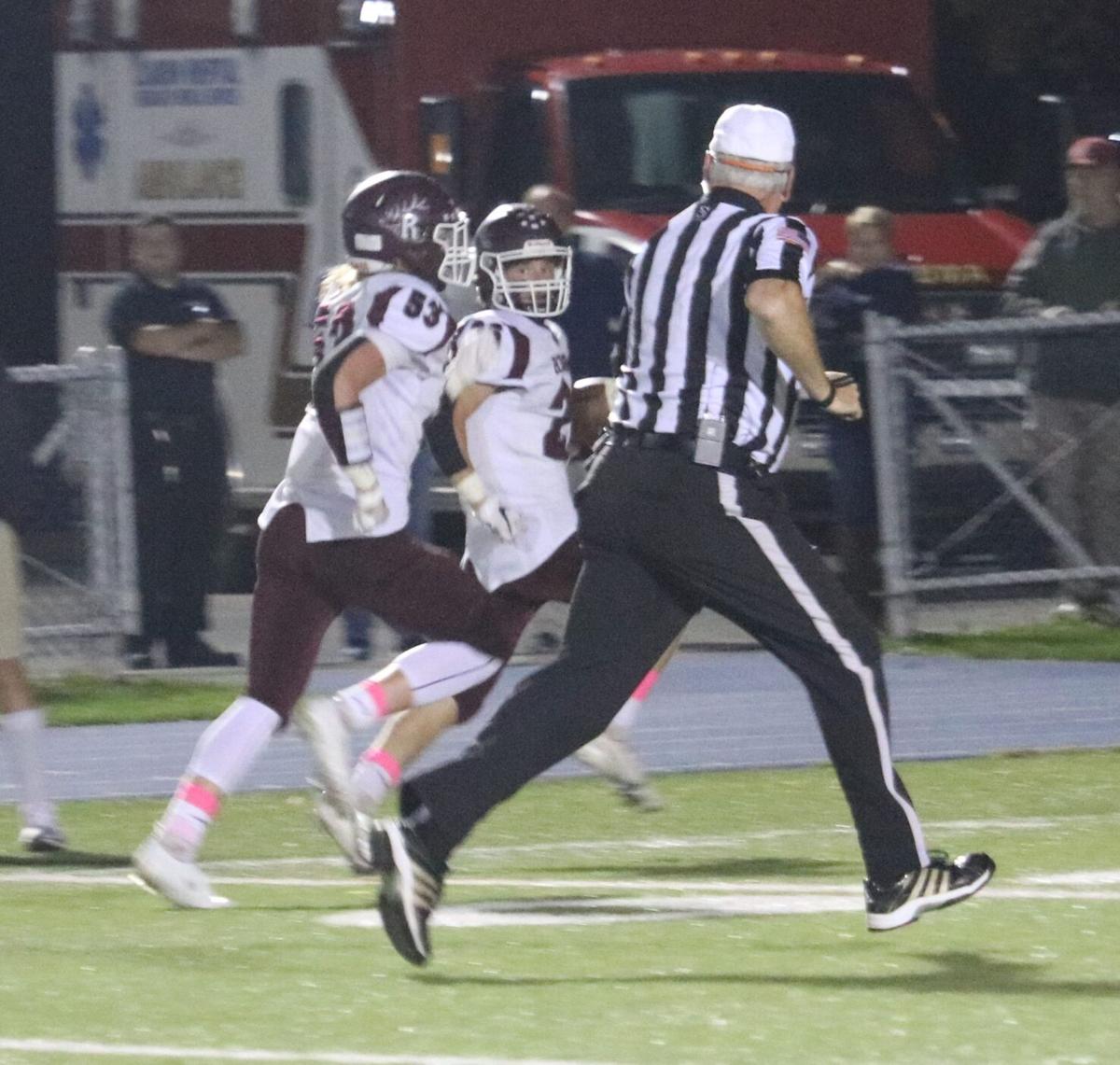 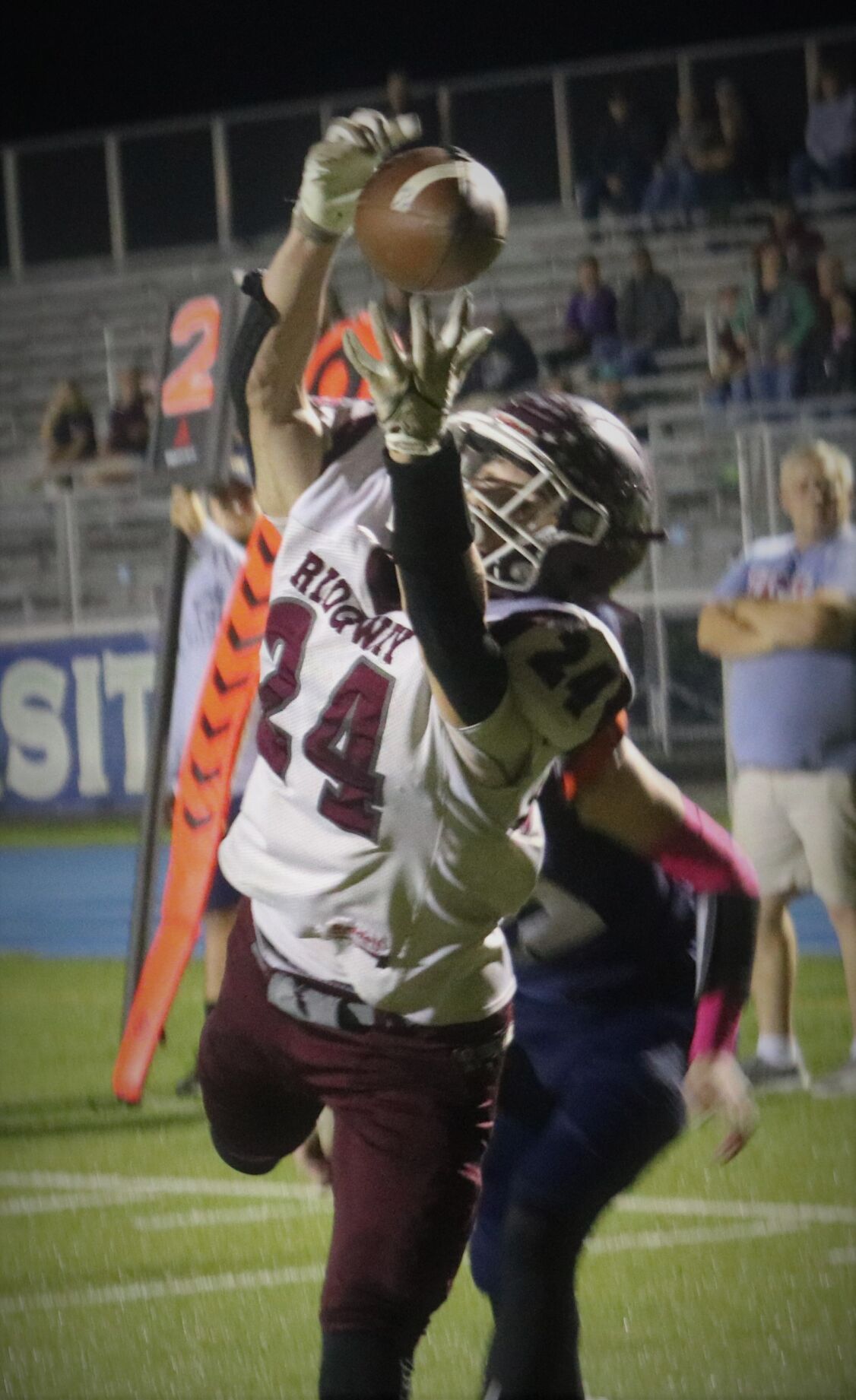 Camron Marciniak hauls in a 12-yard TD pass from Jonathan Hinton in the second quarter. 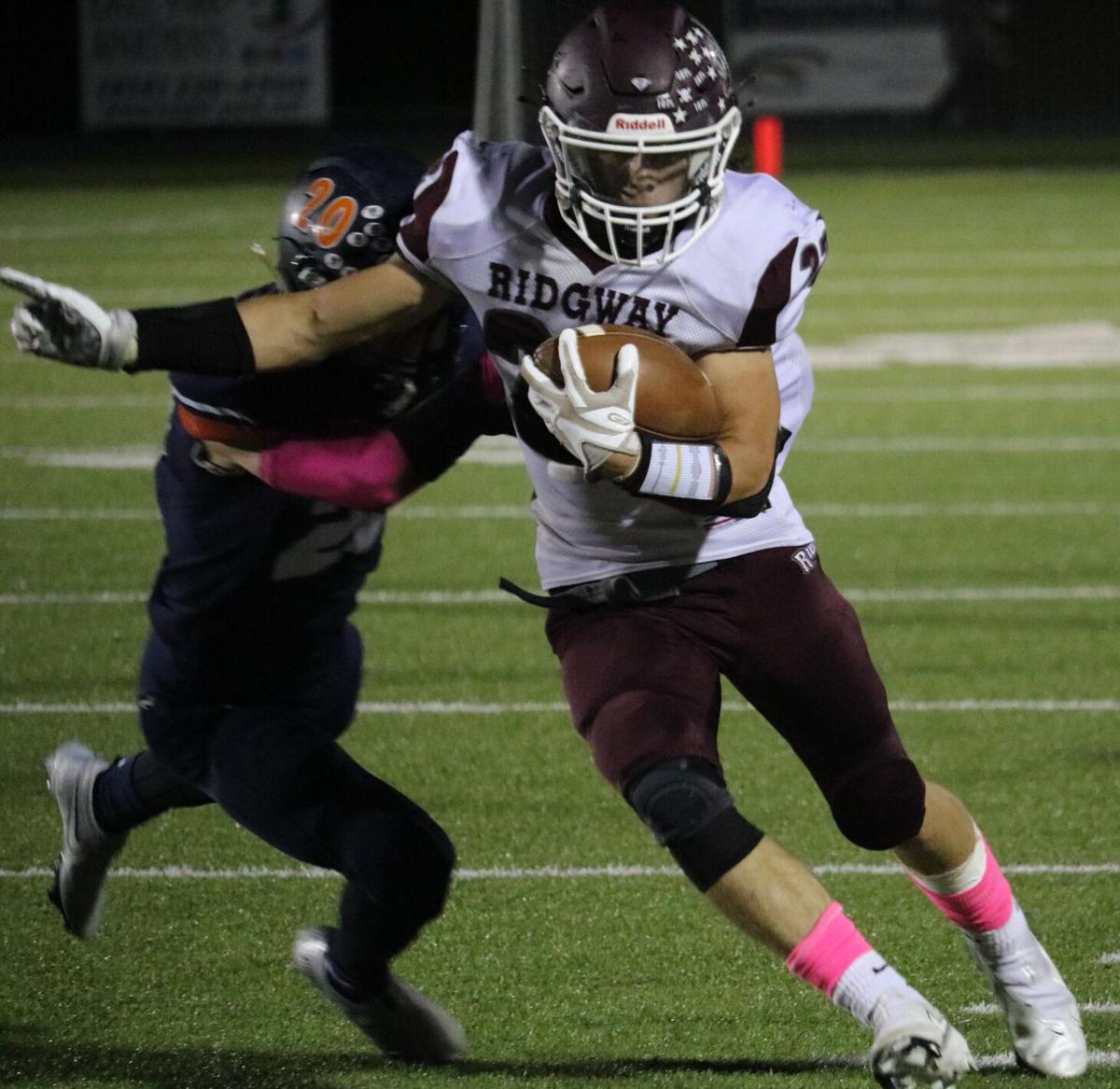 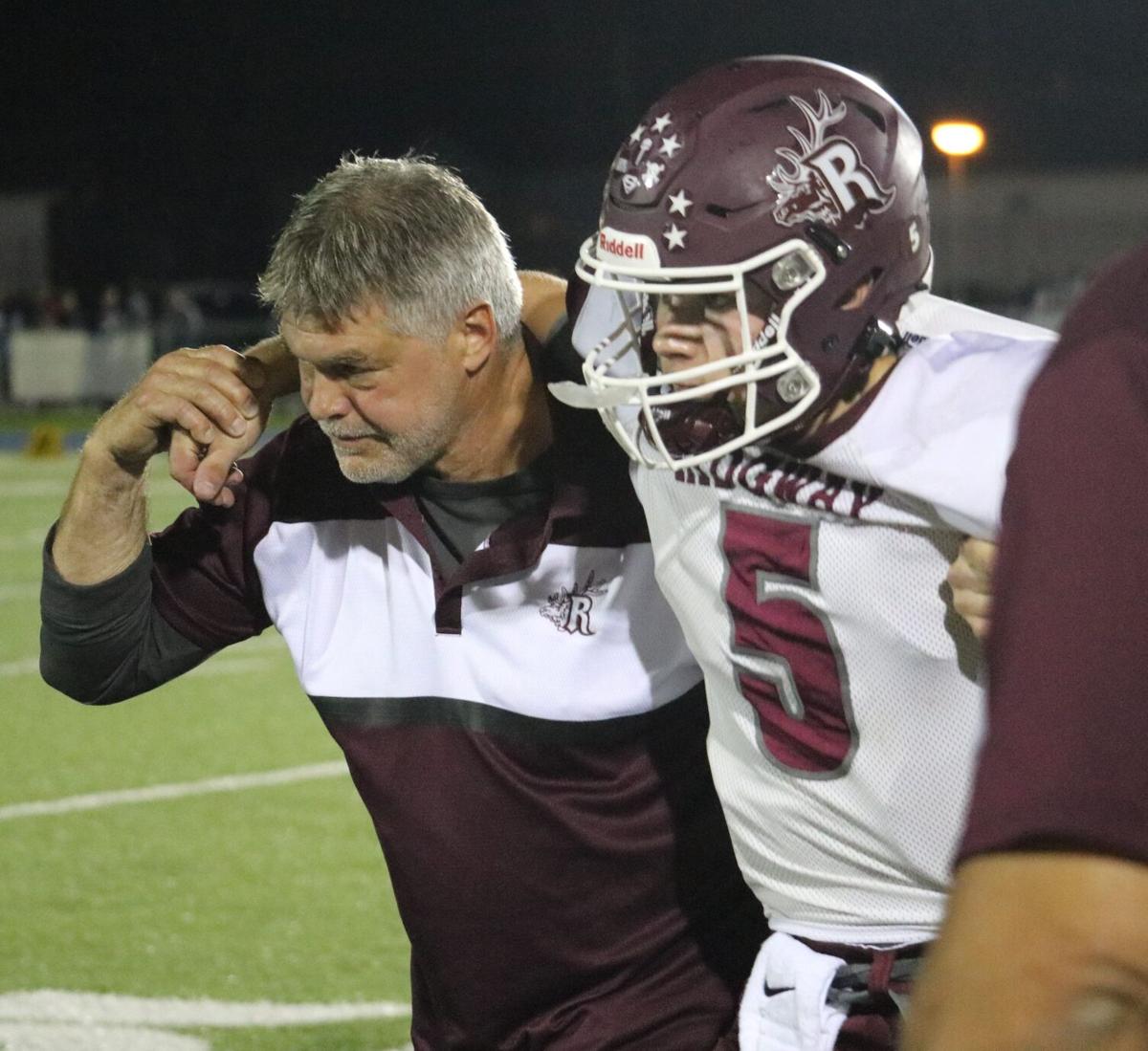 Quarterback Jonathan Hinton is helped off the field by Ridgway assistant Scott Salberg.

Camron Marciniak hauls in a 12-yard TD pass from Jonathan Hinton in the second quarter.

Quarterback Jonathan Hinton is helped off the field by Ridgway assistant Scott Salberg.

CLARION – Freshman quarterback Jase Ferguson threw three touchdown passes and ran for another, and the Wildcat defense held the Elkers to under 30 yards rushing in their 33-14 win at Clarion University.

The loss dropped Ridgway to 5-2. It was the second-straight win for Central Clarion County after opening the season with four losses.

Ferguson's 12-yard touchdown run came on the Wildcat's first drive after they forced an Elker punt. Senor Charlie Francino kicked the PAT 4:57 in.

Senior Domenic Allegretto got Ridgway on the board with a 55-yard fumble return with 2:32 left in the opening frame. However, junior Jack Benninger's PAT was blocked.

Ferguson's first TD pass – a 70 yarder to Junior Aston Rex came with 1:21 left in the first. Fancino kicked the PAT.

The Elkers tied the game with 2:31 left in the half. A second fumble recovery by Allegretto set the ball at the Ridgway 47-yard line. He then hooked up for a 45-yard completion with senior quarterback Jonathan Hinton who hit senior Camron Marciniak for a 12-yard touchdown, then again for the two-pointer making it 14-14.

A late fumble recovery by Ridgway sophomore Alex Merritt with 24 seconds left set up a Benninger field goal attempt after completions from Hinton to Allegretto (6 yards) and senior Tyler Merritt (18 yards). However, the kick missed just to the right ending the half.

Already missing starting senior running back and linebacker Eric Salberg and sophomore starting center Nick Myers, the Elkers became more shorthanded in the second half.  Senior offensive lineman and linebacker Hunter Wall was forced to leave early, and senior quarterback Jonathan Hinton was knocked from the game with under 3:00 left in the third.

Wall left the game after a 38-yard TD pass from Ferguson to a wide-open senior Christian Simco on the Wildcat's first drive of the half. The PAT made it 21-14.

Hinton completed six passes on the next drive for 46 yards before things stalled with a fourth-down incompletion from the Central 36.

Ferguson followed with his third TD pass to Simco from 20 yards out with 3:20 left in the third. The PAT was partially blocked.

Hinton went out on the next series when he was hit after a nine-yard completion to Tyler Merritt. Sophomore Cameron Larkin entered and immediately hit Allegretto for a six-yard completion. After a nine-yard run and first down pickup, the sophomore connected with Marciniak for a 17-yard gain down to the Wildcat's 11-yard line. The game moved to the fourth quarter after Larkin gained five yards on two carries. Clarion Central tackled Allegretto to open the fourth for a five-yard loss, and an incompletion turned possession back to the Wildcats.

The winners chewed 9:59 off the clock before a fourth fumble was recovered by Allegretto at the Ridgway 10-yard line with 1:20 left. Three plays later, Central senior Breckin Rex returned an interception 34 yards for the final score with 16 seconds left.

Before leaving the game, Hinton threw for 163 yards (unofficial) and Larkin for 42 (unofficial).

"It stinks, but my hat's off to Central Clarion. They were physical upfront with us, and obviously, we had some guys banged up in the process but that isn't an excuse by any means. I'm proud of every single one of our guys. When one guy went down, the next one went in and did their job the best they could," said Elker head coach Mark Heindl.

The loss was a blow to Ridgway's quest for a Large Division title. St. Marys, who beat now 6-1 Karns City last week, improved to 6-1 with a 19-14 win over 5-2 Brookville and sit atop the pack also at 6-1. With games against the Gremlins in Johnsonburg next Friday and at Brookville on Oct. 22, the Elkers can still gain the number-one seed for the district's Class AA playoffs (the Dutch are a 3A team).

"The beauty of this thing is we still have a lot of football yet to play. So, it's not like this is the last game of the season. We’ll rebound, get over it over the weekend, and get ready for Karns City next week," Heindl said.

A complete story on the Elkers game with more comments and statistics will appear in Monday's print edition.