The Elkers gang up to bring down Karns City running back Luke Garing who rushed for over 100 yards in his team's 35-0 win in Johnsonburg Friday night. Ridgway is now 5-3 and the Gremlins 7-1. 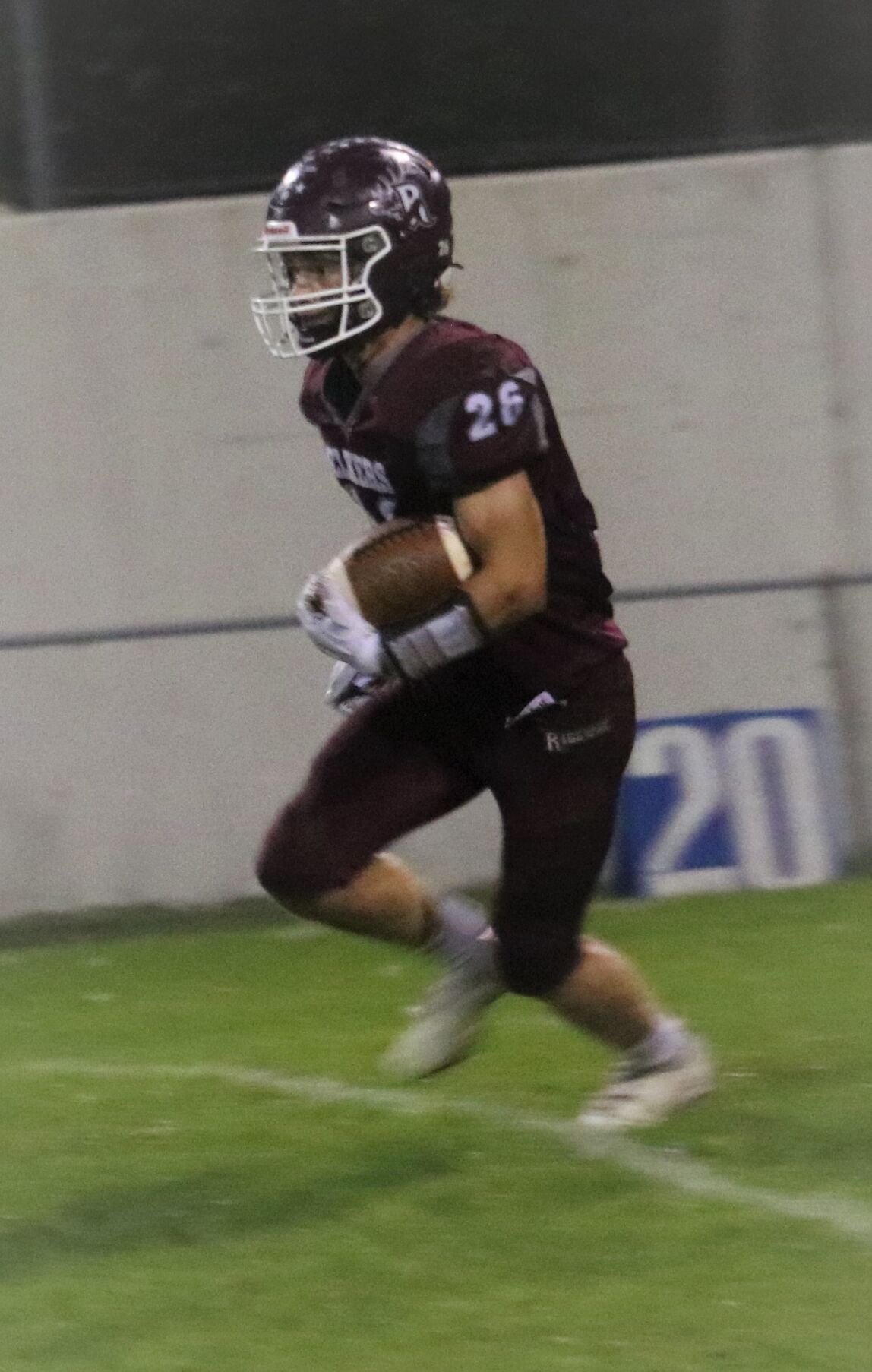 The Elkers gang up to bring down Karns City running back Luke Garing who rushed for over 100 yards in his team's 35-0 win in Johnsonburg Friday night. Ridgway is now 5-3 and the Gremlins 7-1.

JOHNSONBURG – The 35-0 score does not indicate the Elkers effort in their loss Friday night to Karns City at Memorial Field. At no point during the contest did banged up Ridgway fold the tents in the frustrating loss that saw the Gremlins score on their three first-half possessions.

Karns City is now 7-1. Their only blemish came two weeks ago against 7-1 St. Marys, who can win the District 9 Large Division with a win at home over Kane next week. The second straight loss for Ridgway dropped them to 5-3. They are currently in third place in the District 9 Class 2A playoff standings behind Karns City and 6-2 Brookville (winners over Kane Friday). The Elkers and Raiders meet in Brookville next week.

The Gremlins ended the night with 244 yards (unofficial)– 185 in the first half when they scored on drives of 65, 89, and 73 yards. The Elkers, without starting quarterback Jonathan Hinton, starting center Nick Myers, and with several players, nursing injuries couldn't counter the ground-it-out Gremlins.

Jayce Anderson scored the first TD from 20 yards out eight plays into the night. Then, QB Eric Booher found Micah Rupp for a 13-yard score making it 14-0 on the first play of the second quarter. After converting a fourth down with a one-yard run, Luke Garing, who finished the night with 106 yards (unofficial), scored the third touchdown from a yard out. The score came with 21 seconds remaining in the half. Zach Kelly's third PAT made it 21-0.

Domenic Allegretto took over at quarterback on Ridgway's second possession, driving them from their own 35 to the Karns City 29 before turning the ball over on downs. He rushed for 30 yards during the possession and picked up a fourth and one from the Elkers 44.

Ridgway started the second half at their own 15-yard line. Allegretto passed to Camron Marciniak for 16 yards. The running back then gained 16 yards on two carries, moving the ball to the 45. Three plays later, Allegretto picked up a first down with a two-yard run. He gained three more yards, and Eric Salberg picked up a yard bringing on a fourth and six. After a motion penalty,  Rupp came up with an interception.

The score was upped to 28-0 two plays later. Garing picked up 30 yards, and Anderson scored from the Ridgway 34 on the next play.

Allegretto left the game hobbling early in the fourth quarter.

The Gremlin's final score came with 1:13 left.  After a muffed punt at the Ridgway 22, Mason Martin connected with Nate Gering on first down, and Kelly kicked his fifth PAT.

"Our guys played tough, and I give them credit because they're banged up, and they had a little adversity at practice [Thursday], but I'm proud of the way they came to play today," said Elkers head coach Mark Heindl. "They could have folded a couple times, but they made Karns City earn every one of those yards on their drives, and I think [the Gremlins] will tell you that."

It was Senior Night for players, cheerleaders, and the band. Photos from the event will be appearing on the Ridgway Record Facebook page. More on the game, complete with stats and more comments, will be in Monday's print edition.