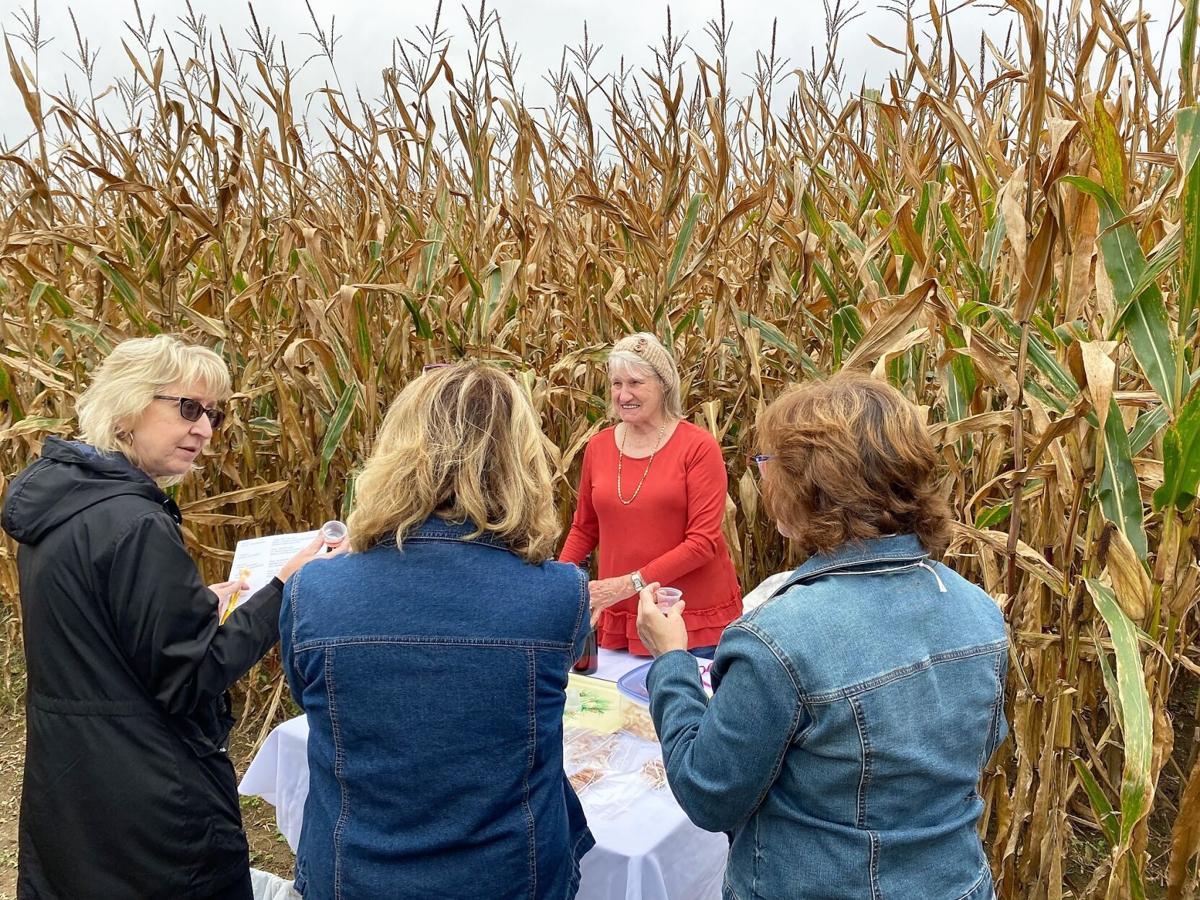 Retired Commissioner Janis Kemmer greets some of the first participants in the Wine and Cheese Corn Maze at Pine Ridge Farm on Sunday. 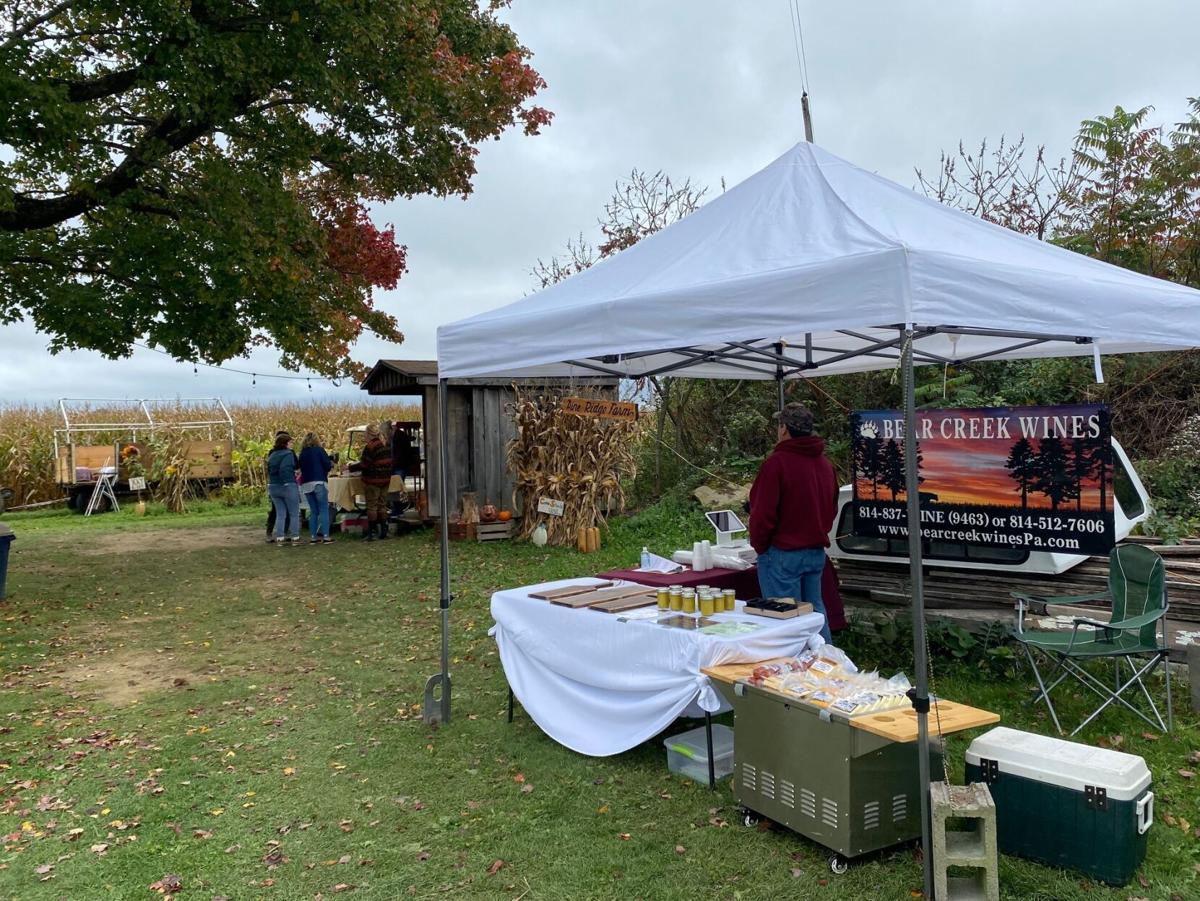 Bear Creek Wines was the sponsor for the Wine and Cheese corn maze on the Pine Ridge Farm on Sunday.

Retired Commissioner Janis Kemmer greets some of the first participants in the Wine and Cheese Corn Maze at Pine Ridge Farm on Sunday.

Bear Creek Wines was the sponsor for the Wine and Cheese corn maze on the Pine Ridge Farm on Sunday.

RIDGWAY--The century-old Pine Ridge Farm that straddles the border between Kersey and Ridgway is known for its event functions. From opening up their farm and greenhouses to Elementary School students, holding farm weddings, serving as bed and breakfast for Elk, deer, and bear hunters, and their constant presence at local farmer's markets, the Kemmer family always seems to have something going on Kemmer Road.

April Cush, daughter of Janis and Merv Keemer and owner of the April School of Dance in St. Marys, has been adding unique events to the Pine Ridge Farm for several years, including the first local corn maze several years ago.

Many in Ridgway and Kersey have ventured to the Pine Ridge over the past few years for events like the extremely popular "Princess" corn maze held last month. Students from the April School Of Dance dressed up in the costumes of various animated films and were waiting at strategic locations through the corn maze.

The planning for the corn maze begins almost a year in advance, as the Kemmer's work with the next-door Lundin Farm to plan out the path and planting of the corn maze. While the Lundines are famous for their sweet corn that is sold to Elk County Foods each summer, the Kemmer corn maze is planted with field corn, mainly used for animal feed, though it can also be processed into ethanol use in gasoline. It was a good year for corn with plenty of rain and lots of sunshine; the corn stalks at Pine Ridge are between 8-10 feet tall and thick this year, leading to a fully immersive experience for those who try to navigate the maze.

Beginning last year, the Kemmer's formed a partnership with Bear Creek Wines in Kane to pair the farm smoked meats and cheese with vintages from the winery. That tentative event last year gave rise to the Wine and Cheese corn maze that took place on Sunday from 2-6 p.m. at the farm.

For this "adults-only" event, registered guests got to try to find their way through the corn maze to 8 stations, where Bear Creek wines were paired with some of the farm's smoked cheeses or meats. Guests were given a list of all the food and wine so they could comment on all the pairings and mark down their favorites for purchase once they cleared the maze. Each participant was given a "pretzel" necklace when they entered the labyrinth to cleanse their palate between tasting stations. As the event began at 2 p.m., small groups of 3-10 took off through the maze, enjoying the relatively mild weather for October in Elk County.

This wine and cheese corm maze is the only one this year, with "Creepy" corn mazes for Halloween beginning on Saturday, October 23 and 29 from 7-9 p.m. to round out the season.