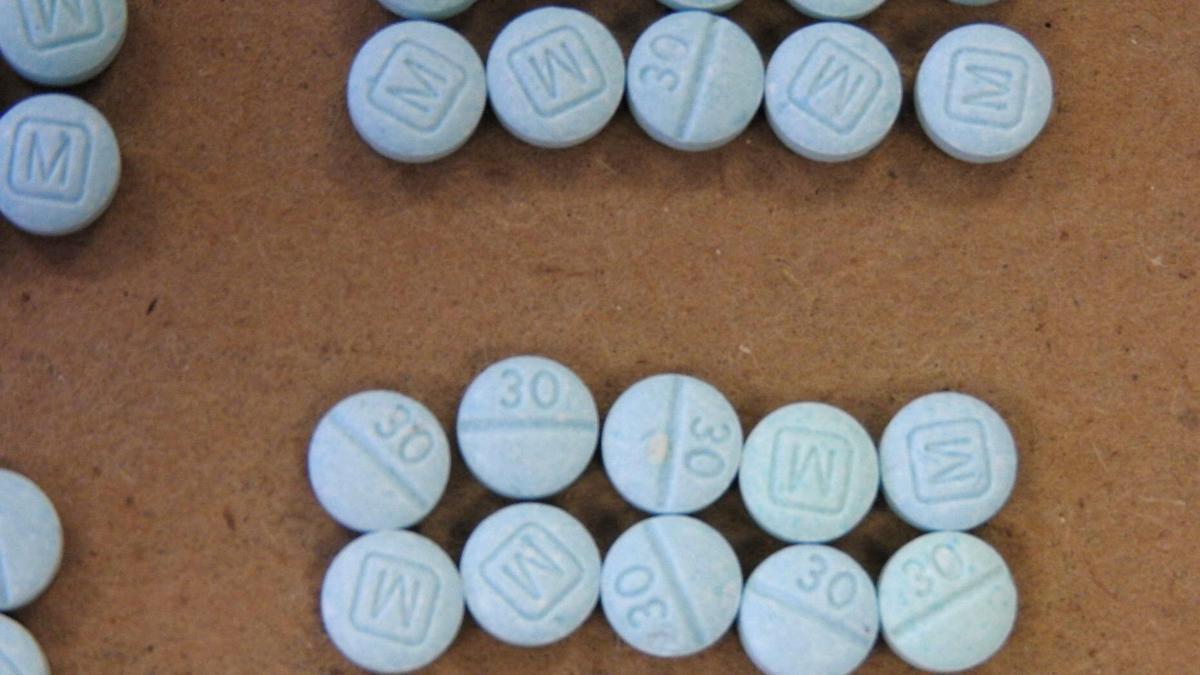 A sample of counterfeit Xanax pills seized by the P.A. State Police that contain lethal doses of fentanyl. 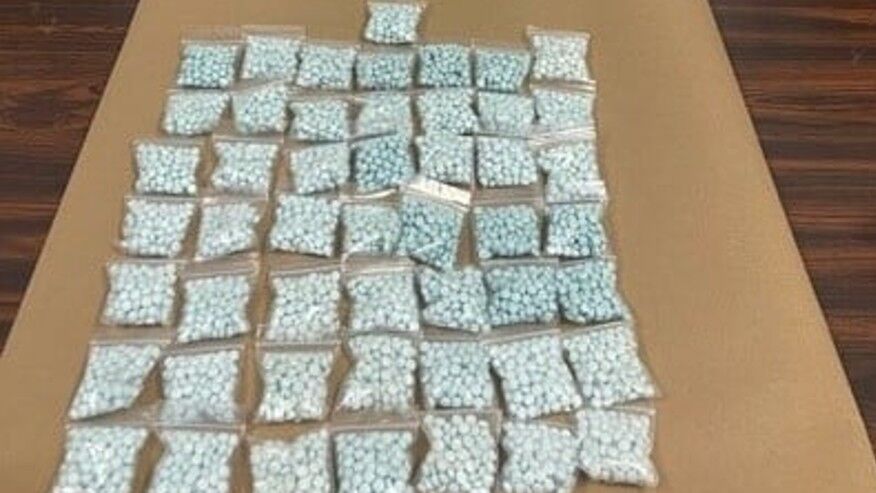 The Pennsylvania Stae Police conducted a traffic stop for a motor vehicle violation on the P.A. Turnpike near Harrisburg. The driver of the 2009 Toyota with Pennsylvania plates was allegedly found in possession with approximately 5,238 Fentanyl pills pressed to look like Xanax pills, which weighed a total of 766 grams. (Photo from P.A. State Police)

A sample of counterfeit Xanax pills seized by the P.A. State Police that contain lethal doses of fentanyl.

The Pennsylvania Stae Police conducted a traffic stop for a motor vehicle violation on the P.A. Turnpike near Harrisburg. The driver of the 2009 Toyota with Pennsylvania plates was allegedly found in possession with approximately 5,238 Fentanyl pills pressed to look like Xanax pills, which weighed a total of 766 grams. (Photo from P.A. State Police)

ELK COUNTY--"100,000+ souls. Dead," said  Mecca-Mann Inc. Vice President Lynell Rusciolelli and President DeAnna Brooks on the latest report from the Center for Disease Control (CDC), "Where is the outrage? Where is the national response?"
There were an estimated 100,306 drug overdose deaths in the United States over the past 12 months running through April, the latest CDC data show. This marks a nearly 29% rise from the deaths recorded in the same period a year earlier, indicating the U.S. is heading for another full-year record after drug deaths soared during the Covid-19 pandemic. That is a death rate never-before-seen milestone that health officials say is tied to the COVID-19 pandemic and a more dangerous drug supply.
According to the CDC, opioid-related deaths, mainly fueled by the potent drug fentanyl, accounted for about three-quarters of the deaths through April, which counts provisional drug deaths in yearlong blocks. These records take months to compile because drug overdoses typically require local death investigations and toxicology tests. Fentanyl has for years been a significant catalyst in an intensifying U.S. overdose crisis. The nation was reporting fewer than 50,000 fatal overdoses as recently as 2014, and in 2020, the number surged to a record of about 93,330.
Experts believe the top drivers are the growing prevalence of deadly fentanyl in the illicit drug supply and the COVID-19 pandemic, which left many drug users socially isolated and unable to get treatment or other support.
"It's a crisis that no one thinks can happen to them," said Brooks, with "until it does," said Rusciolelli, finishing the thought. These two women know all too well the pain of overdose deaths, as both have lost children to the opioid crisis. Instead of dwelling on the pain, these two women a founded the Mecca-Mann Mission, which is devoted to stopping drug overdoses in the region through education, support of families, and providing housing and treatment services to drug addicts who want to be clean.
Drug overdoses now surpass deaths from car crashes, guns, and even flu and pneumonia. The total is close to that for diabetes, the nation's No. 7 cause of death. Nearly two-thirds of the deaths were caused by synthetic opioids, primarily fentanyl, according to the CDC. Fentanyl can be as many as 100 times more potent than morphine and 50 times more powerful than heroin, according to the Drug Enforcement Administration. Earlier this year, the agency warned that as little as two milligrams of the opioid, a dose small enough to fit on the tip of a pencil, can be lethal.
The PA State Police reported seizing 175.88 lbs. of fentanyl so far in just the third quarter of 2021. That translates to 79,778 grams; when divided by 2 grams for a lethal dose, that means that the State Police possibly stopped 39,889 overdose deaths in P.A. That number should be frightening to everyone.
Bootleg versions of fentanyl are often made by drug cartels in Mexico with chemicals from China, according to the Drug Enforcement Administration. While fentanyl hit hard in places like New England, Appalachian and Midwest states several years ago, the drug is a fast-growing problem in western parts of the U.S. now, too. The DEA recently warned of proliferation in fake pills containing fentanyl. This is directly related to the wide-open southern border, which has allowed vast quantities of fentanyl-laced drugs being shipped into the U.S., often disguised as other controlled substances like Xanax and Hydrocodone, but much more potent.
Elk County has seen numerous overdose cases in the past few years, with the antidote NARCAN being administered up to seven times to save the lives of drug overdose victims. The frustration sets in among health care workers and first responders when the same addict overdose again less than 24 hours from the initial overdose. Often, when the addicts are coming out of the drug-induced coma they are in, they become violent and hostile to the very people who just saved their lives.
Currently, the P.A. Republican legislature has bills before Congress to require that addicts who are treated with NARCAN enter the hospital for at least 24 hours following an overdose. Civil Rights advocates are fighting this as an involuntary commitment and violation of rights.
"Education is what is needed to stop this epidemic" said Brooks, "And access to affordable treatment services and housing of the addicts as they try to keep clean, and that is what the Mecca-Mann Mission is all about."