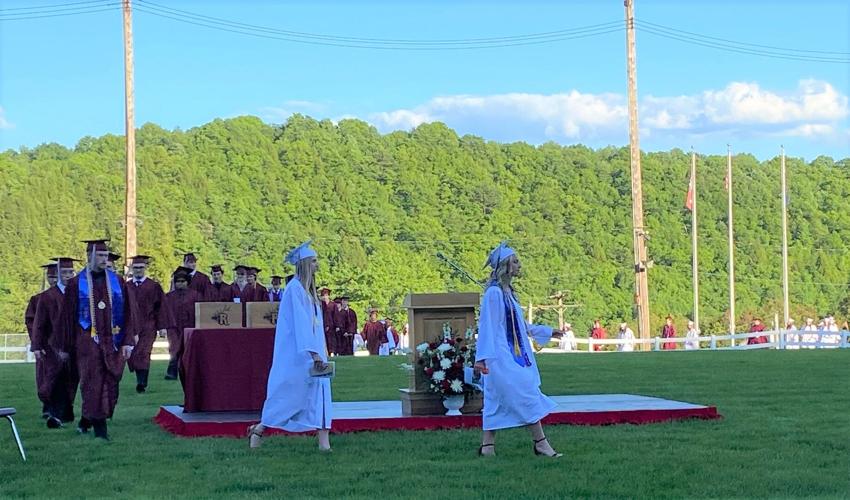 The Graduating Seniors took to Memorial Field on Friday evening for the beginning of the graduation ceremony, with the High School Band providing musical accompaniment

The RASD Graduating Class of 2022 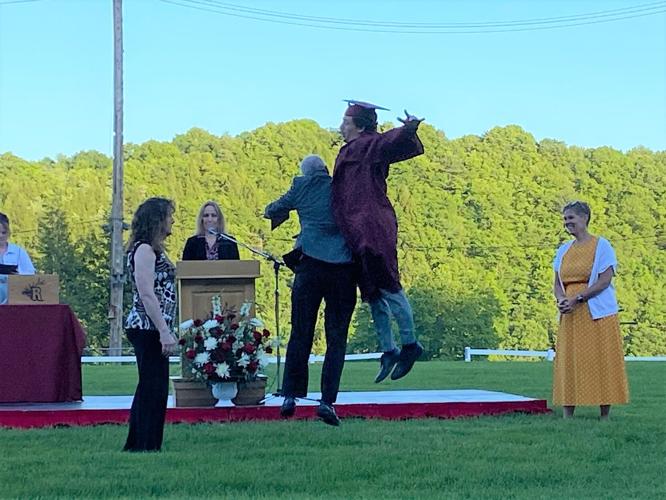 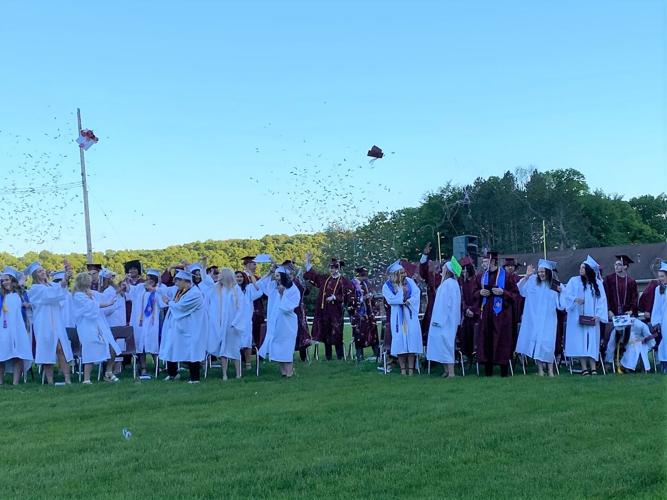 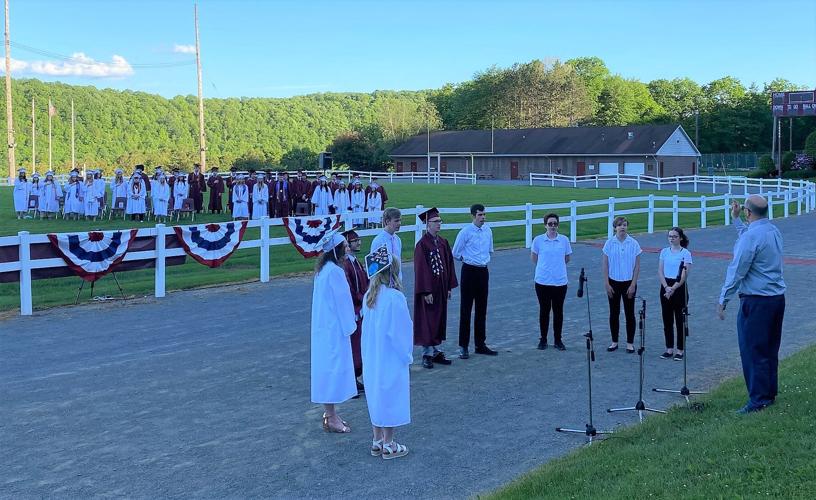 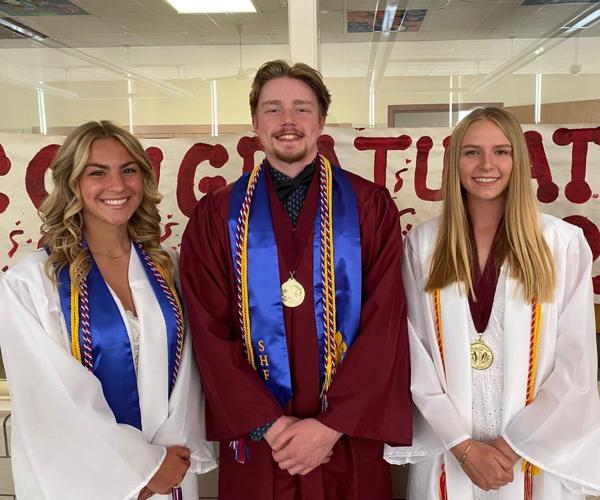 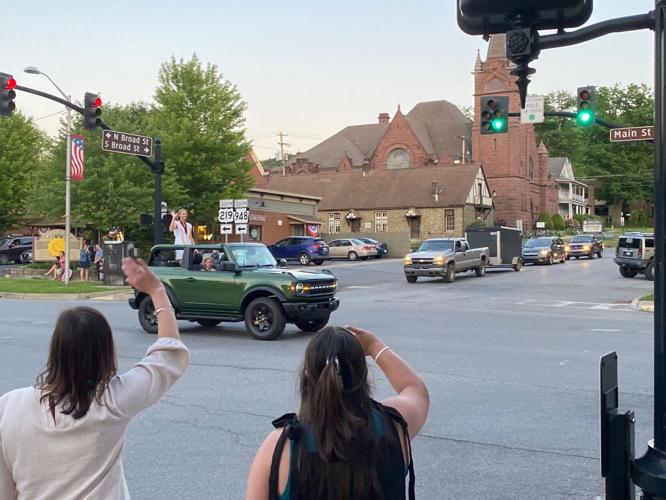 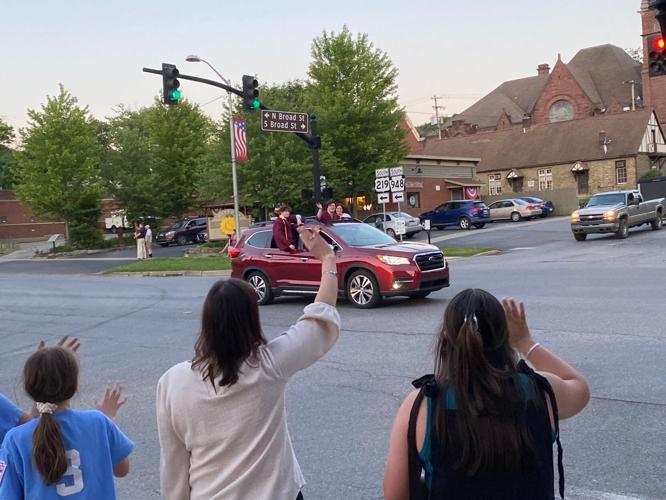 The Graduating Seniors took to Memorial Field on Friday evening for the beginning of the graduation ceremony, with the High School Band providing musical accompaniment

The RASD Graduating Class of 2022

RIDGWAY--It was a return to normality after two years of Graduation Ceremonies constrained by the COVID-19 pandemic; on Friday evening, as graduating, Seniors took to the beautiful Memorial Field for their commencement ceremony.

The Class of 2022 had a fantastic last week of school with athletic teams capturing the District 9 Championships, a week of pre-graduation events, and a picture-perfect commencement ceremony. Graduates this year did not have to wear facemasks and could embrace the teachers and administrators who handed out their diplomas.

Beginning the evening, the Ridgway Area High School Band, under the direction of Mrs. Theresa Morley-Palmer, led off with Pomp and Circumstance, followed by the National Anthem, with the High School Choir singing the Ridgway Alma Mater.

Next on the Agenda, Senior Class President Gina Gerg gave her commencement speech first, followed by Salutatorian Daniel Park and finished by Valedictorian Julie Peterson. The addresses are available in full in Saturday's Ridgway Record and online at RidgwayRecord.com.

Ridgway Area School District Supertiendant Heather McMahon-Vargas presented the class of 2022, calling them "a remarkably talented group of students that it had been her pleasure to see mature throughout the years." Ms. Patricia Schaut, the High School Counselor, then gave the formal roll call of the Class of 2022. Students were able to choose which educator or staff member presented them with their diplomas, and after two years of restrictions, the students were allowed to embrace their presenters in return to normalcy.

Following the presentation of diplomas, the graduates were instructed to move their hat tassels from right to left to mark their graduation. Immediately following this, the band launched into another round of "Pomp and Circumstance" while the traditional confetti and silly string battle began among the graduates, with some students even including the teachers and administrators in on the fun. A short reception at the concession booth was held immediately following the ceremony, with a grand car parade through Ridgway being held following the graduation.

The complete ceremony is available on the Ridgway Area School District Facebook page at facebook.com/RidgwayAreaSchoolDistrict.

More pictures from the ceremony are also available on Ridgwayrecord.com.